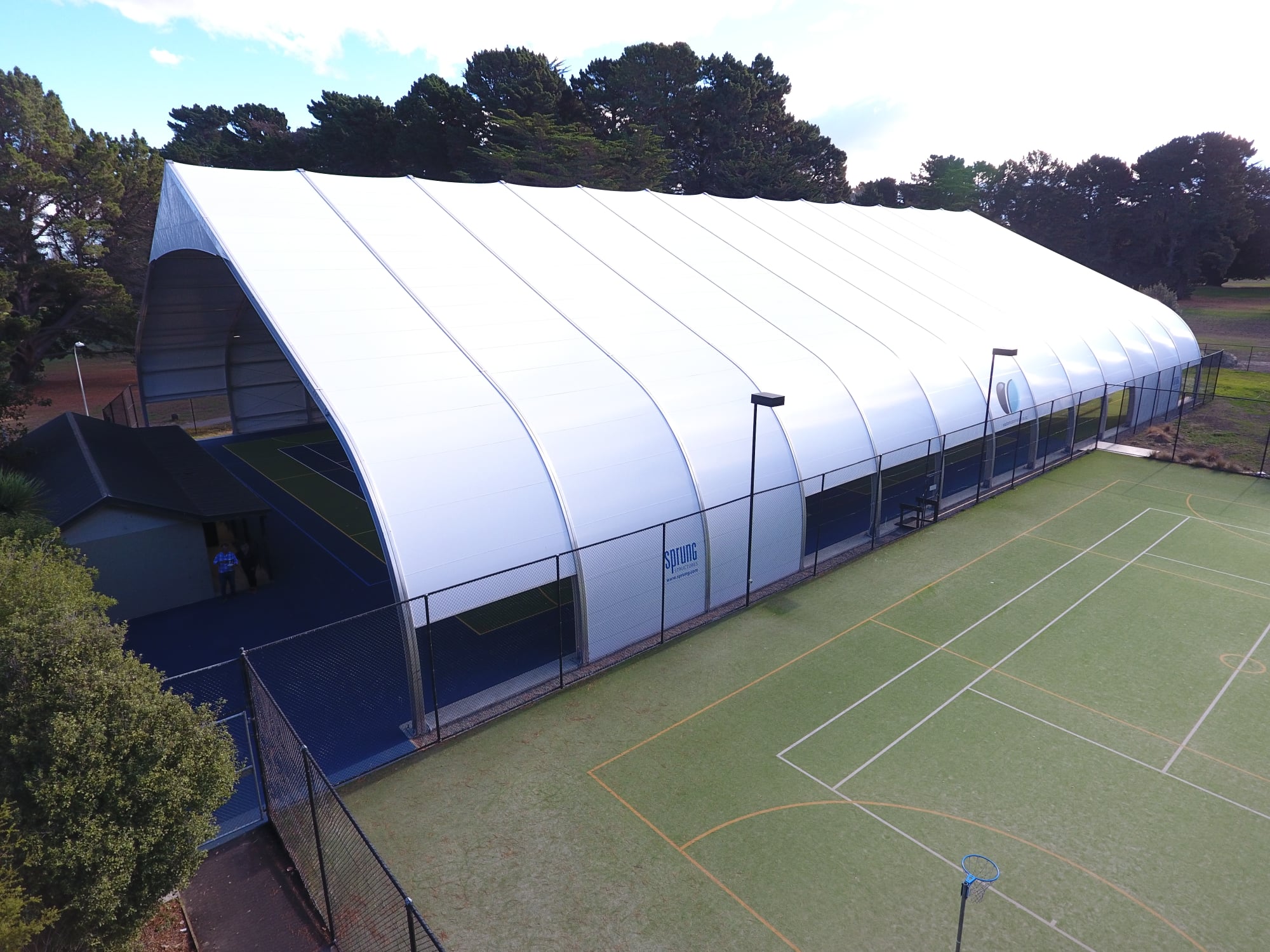 Creative Intentions is about providing a high quality design service.

Creative Intentions designed, planned and managed this development,  Eastern Community Sports and Recreation (ECSR) has built a high-tensile fabric canopy over the domain’s previously under-used tennis courts.
Using an innovative building system from a Canadian company Sprung Structures, which comprised of a tensioned membrane fabric fixed to large aluminium beams to create the 60m x 36m canopy.
The facility offers many opportunities for the 11 sports clubs and community organisations that sit under ECSR’s umbrella.

Canopy construction began prior to lockdown in mid-March, was suspended during lockdown levels 3 and 4, and was completed early July.

It was quick to build, providing ECSR with excellent efficiency compared to what would otherwise have been a cost-prohibitive conventional structure.